"By drawing a few simple lines you can summarize a certain case, mock a political situation or expose lies"

Since the brutal, illegal and hostile Russian invasion on 24 February 2022 the Ukraine cartoonists supported the fight for freedom with their drawings. They don’t want to suffer under the dictatorship of Vladimir Putin. Ukraine is an independent and democratic country with freedom of expression. Most of the artists are still living in Ukraine, under the threat of bombing, while millions of citizens fled the country.

The situation in Syria is totally different. Since the revolution of the Arab spring, now 11 years ago, most cartoonists had to flee and are living in exile, all over the world. Millions of Syrians are living abroad, many of them in refugee camps. The Syrian political cartoons were for a long time a ‘contradiction in terms’, because freedom of expression has been controlled by the Ba’ath party since the coup d’état in 1963.

Palestinian-Syrian cartoonist Akram Raslan (1974-2013) was murdered in the beginning of the revolution. He died in prison, after being arrested and tortured by the Syrian regime for his cartoons about President Bashar al-Assad.

Activist Raed Fares (1972-2018) was also murdered, in his car with a companion. He was an important person in the nonviolent opposition in the city of Kafranbel (Idlib), were they made their world-famous banners of protesting collectives.

The common fate of Syria and Ukraine is the aggression of Putin’s army. In Syria Aleppo has been destroyed, like in Ukraine is happening now with Mariupol. In Syria bombing is still going on in the province of Idlib. In the whole of Ukraine bombing is a daily practice with many civilian victims. On purpose the Russian army is attacking residential blocks, schools, hospitals. Like they used to do in Syria and before in Chechenia.

Political and editorial cartoons always offer a running critique or ridicule any government or political movement, no matter what their intentions. Ukraine and Syrian cartoonists want to be free and fight for freedom of expression. Some of them not just by drawing but also with weapons.

On this website you will find political cartoons by Syrian and Ukraine artists, with their short biographies and a picture or portrait. 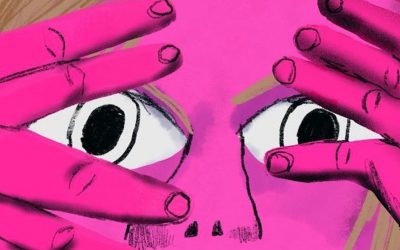 An evening to call attention to the war in Ukraine and the possibilities for artists to support the defense of their country. FRI 11 NOV, 19.00 • NEW METROPOLIS NIEUW-WEST, OP LOCATIE ÉN LIVECAST • FREE ADMISSION More info and reservations >>> 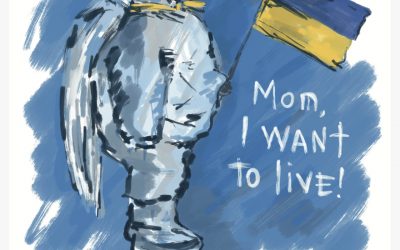 Tentoonstelling ‘Mom, I want to live’ 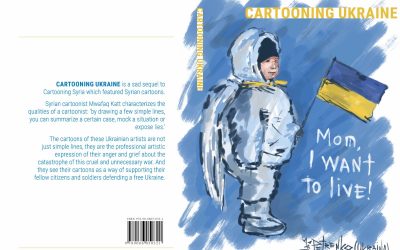 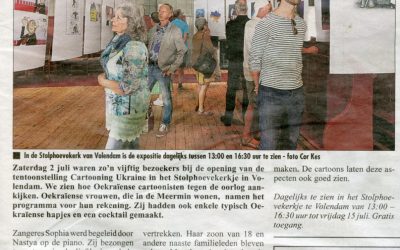 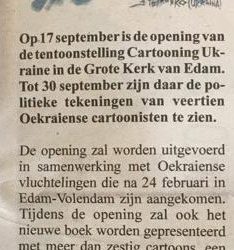 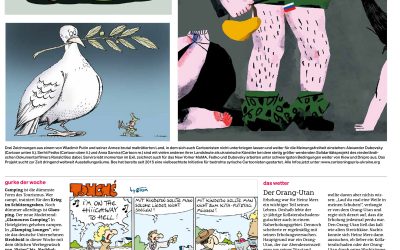 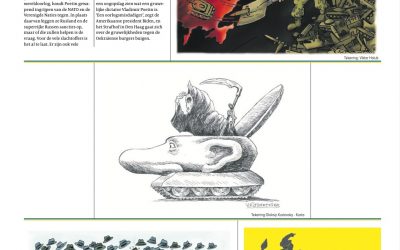 Tekenaars over de oorlog in Oekraïne 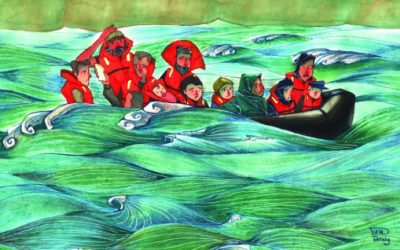