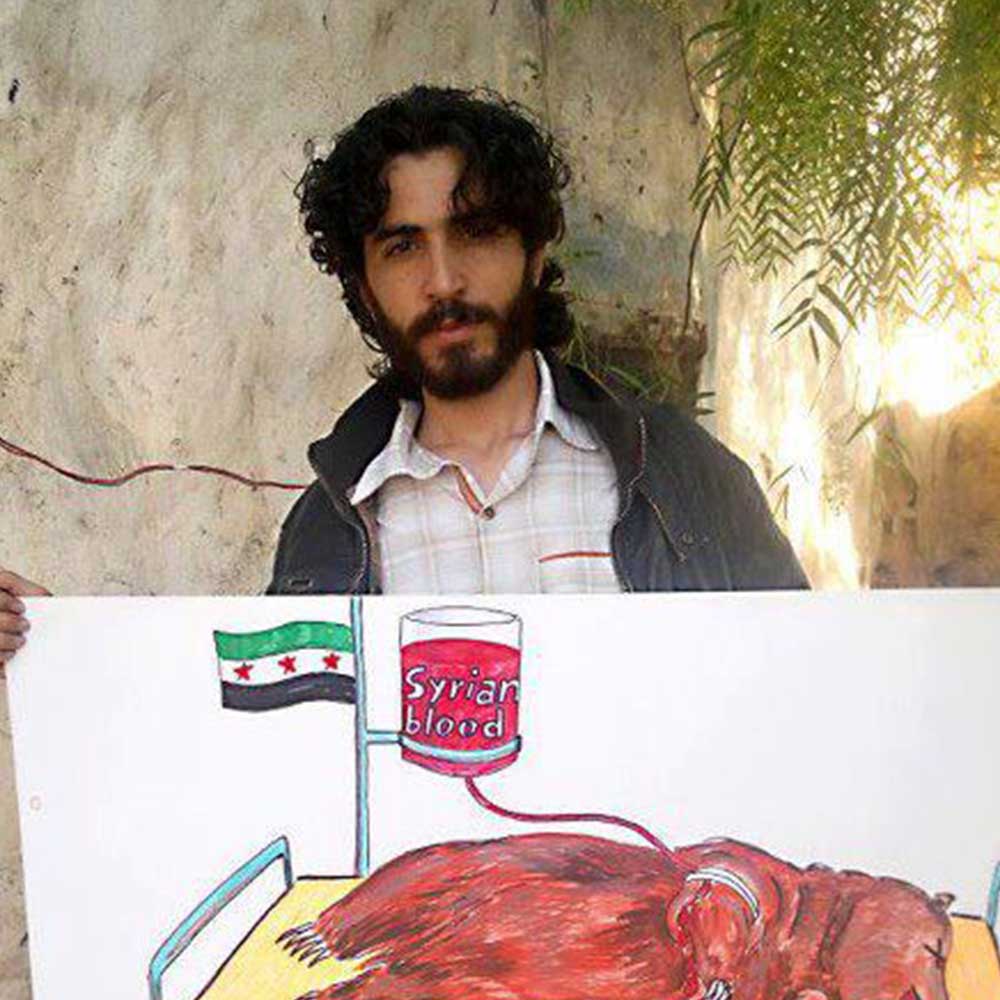 Ahmad Jalal (Kafr Nabl, 1982) lives in Kafr Nabl, Idlib. He studied to be a prosthetic dentist and works as a dental technician as well as for the Union of Revolutionary Bureaus. Kafr Nabl is a small town in the province of Idlib that is in the hands of Syrians who oppose the regime and is managed by a civilian administration. Since the start of the uprising the town has become famous worldwide for its weekly cartoons, which spare neither the Syrian regime nor the country’s extremist fighters. Ahmad Jalal is the man behind the cartoons that have drawn a global audience, thanks to social media. He considers his revolutionary cartoons to be his most important work. His colleague Raed Fares was killed in November 2018. 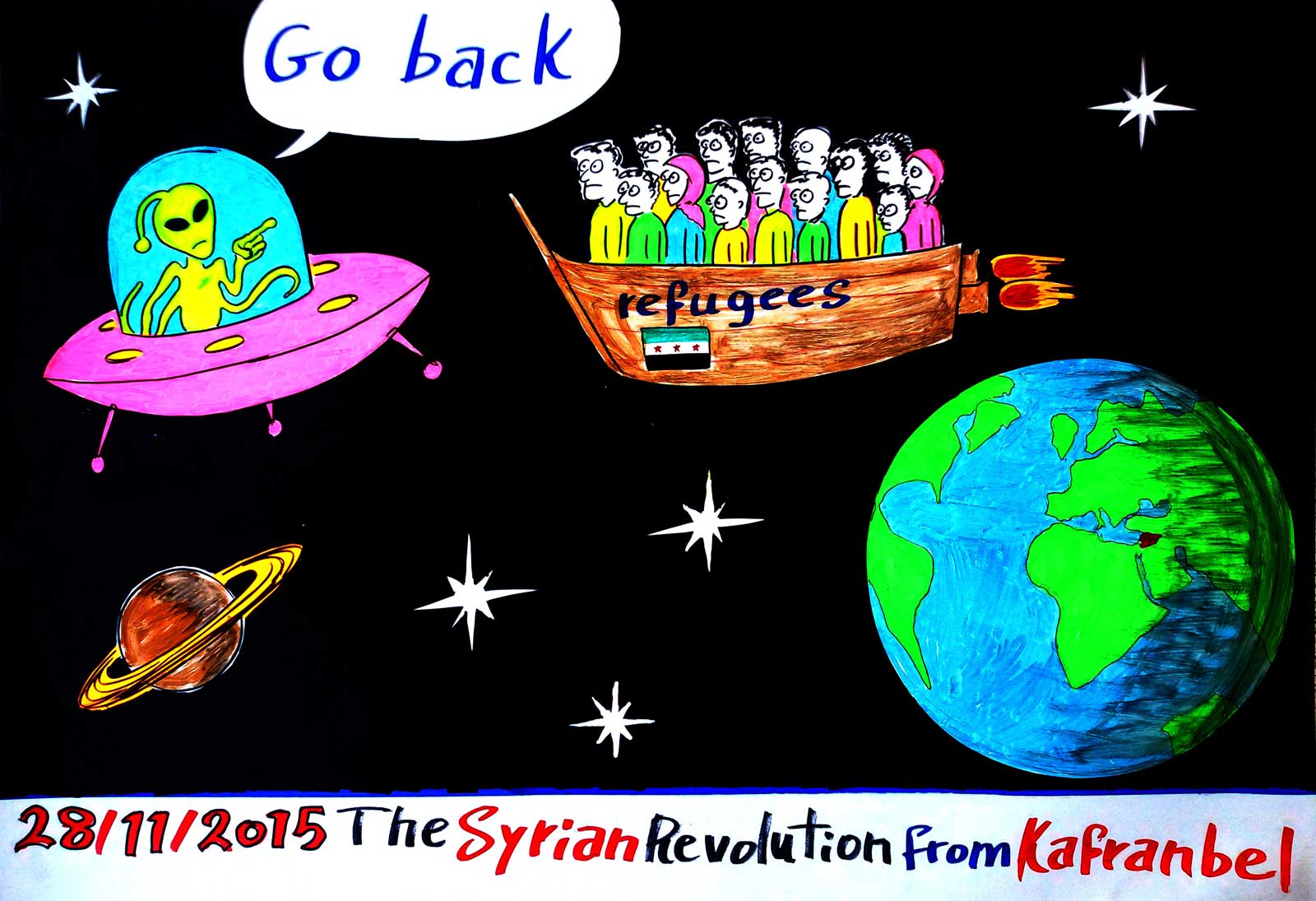 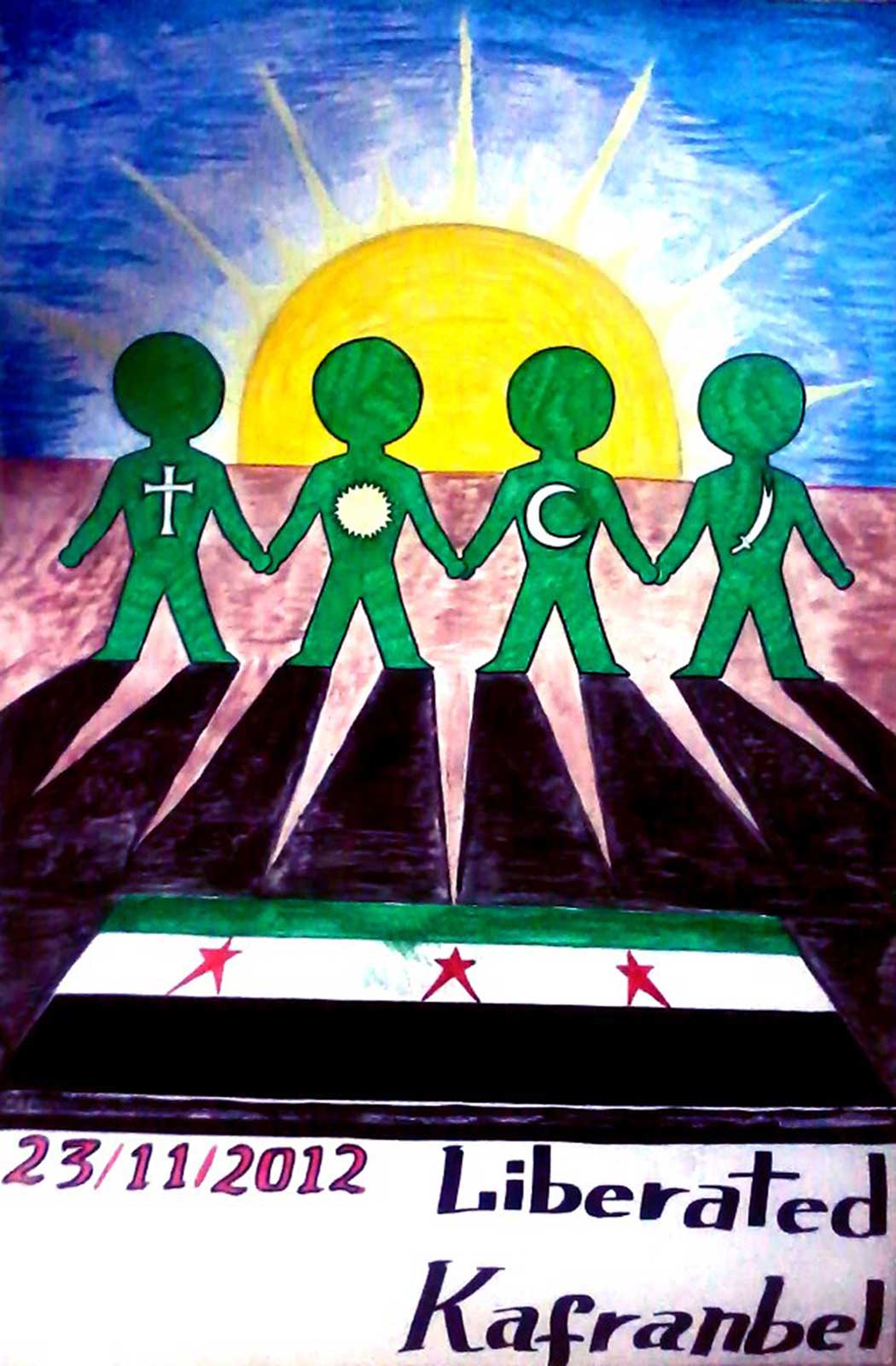 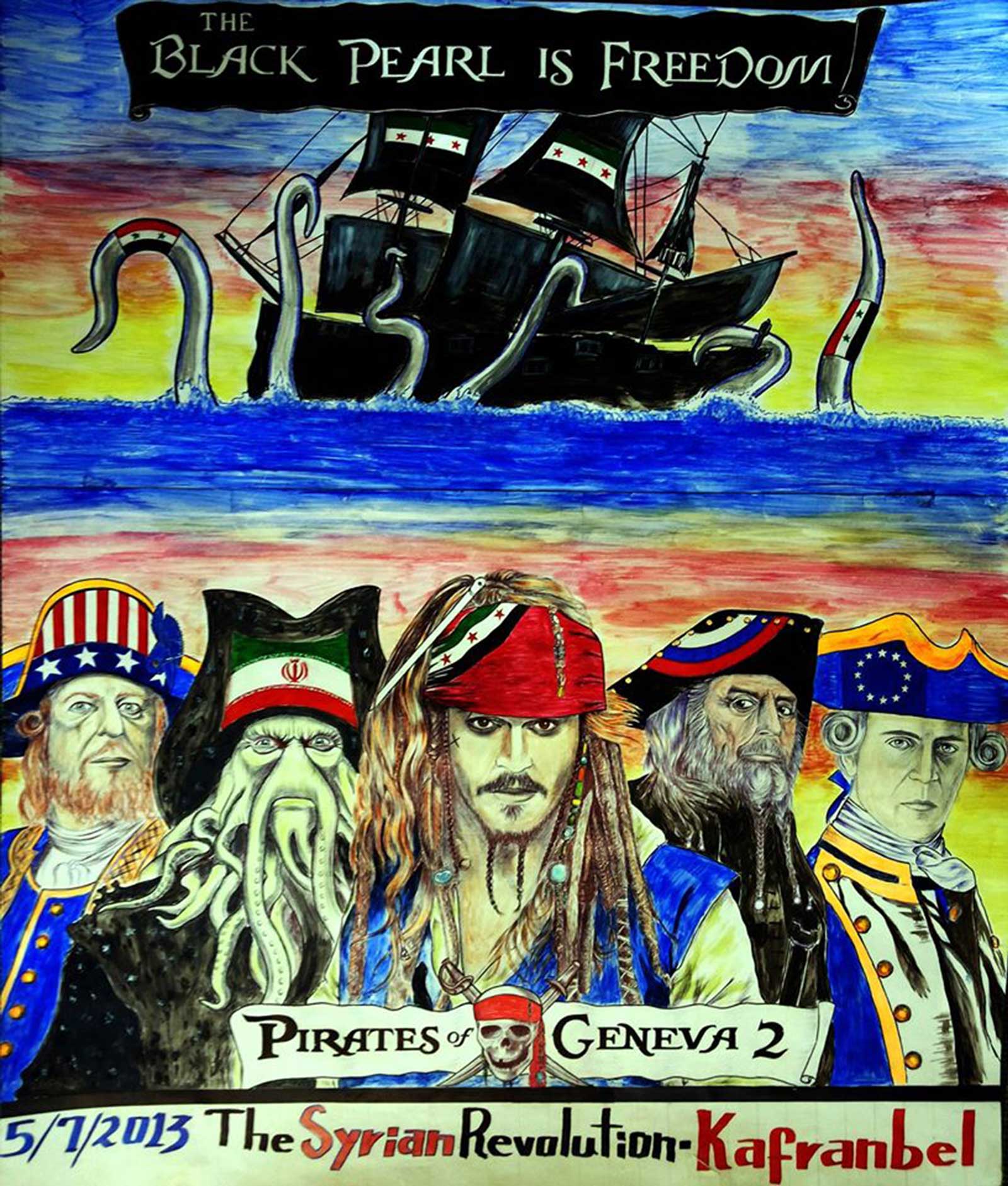