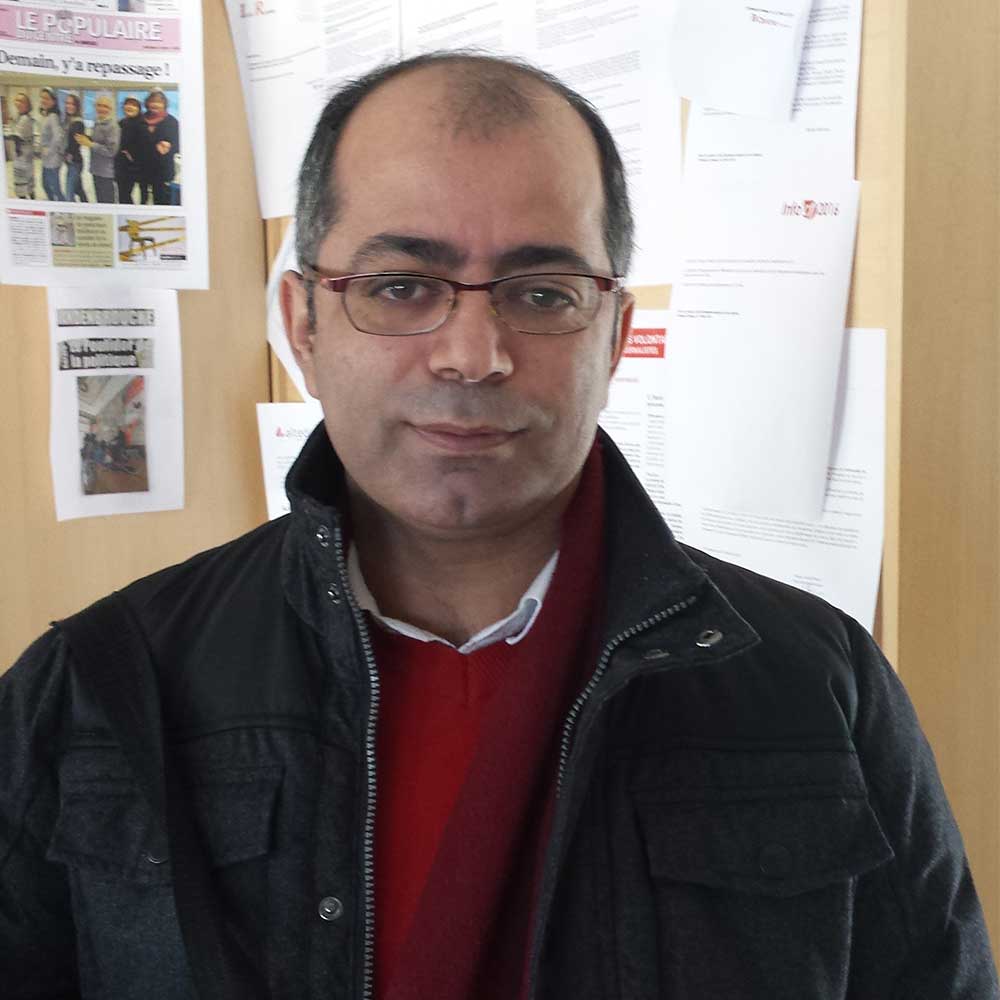 Ali Hamra (Damascus, 1972) lives since 2014 in Limoges, France. He studied journalism and media at the University of Damascus from 1991 to 1996. He became a caricaturist and animator for Syrian television, and a journalist and caricaturist for TirerentDa mas newspaper. He has worked as a journalist and cartoonist on economic subjects since 1999. Since 2013 Ali Hamra has been a designer for a television network in Dubai and for Orientnet. In 2017 his book with cartoons La Syrie, tous complices… was published. 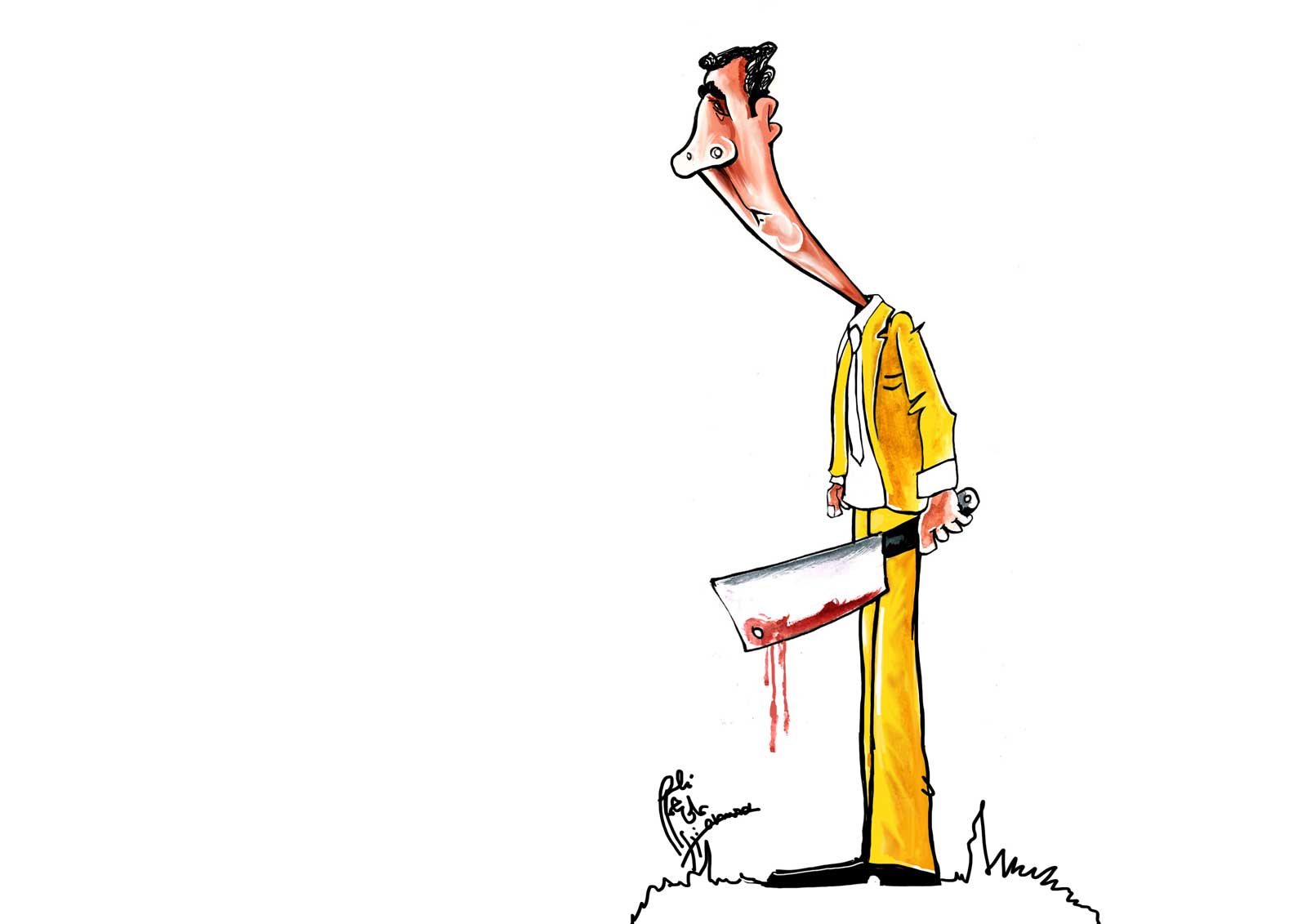 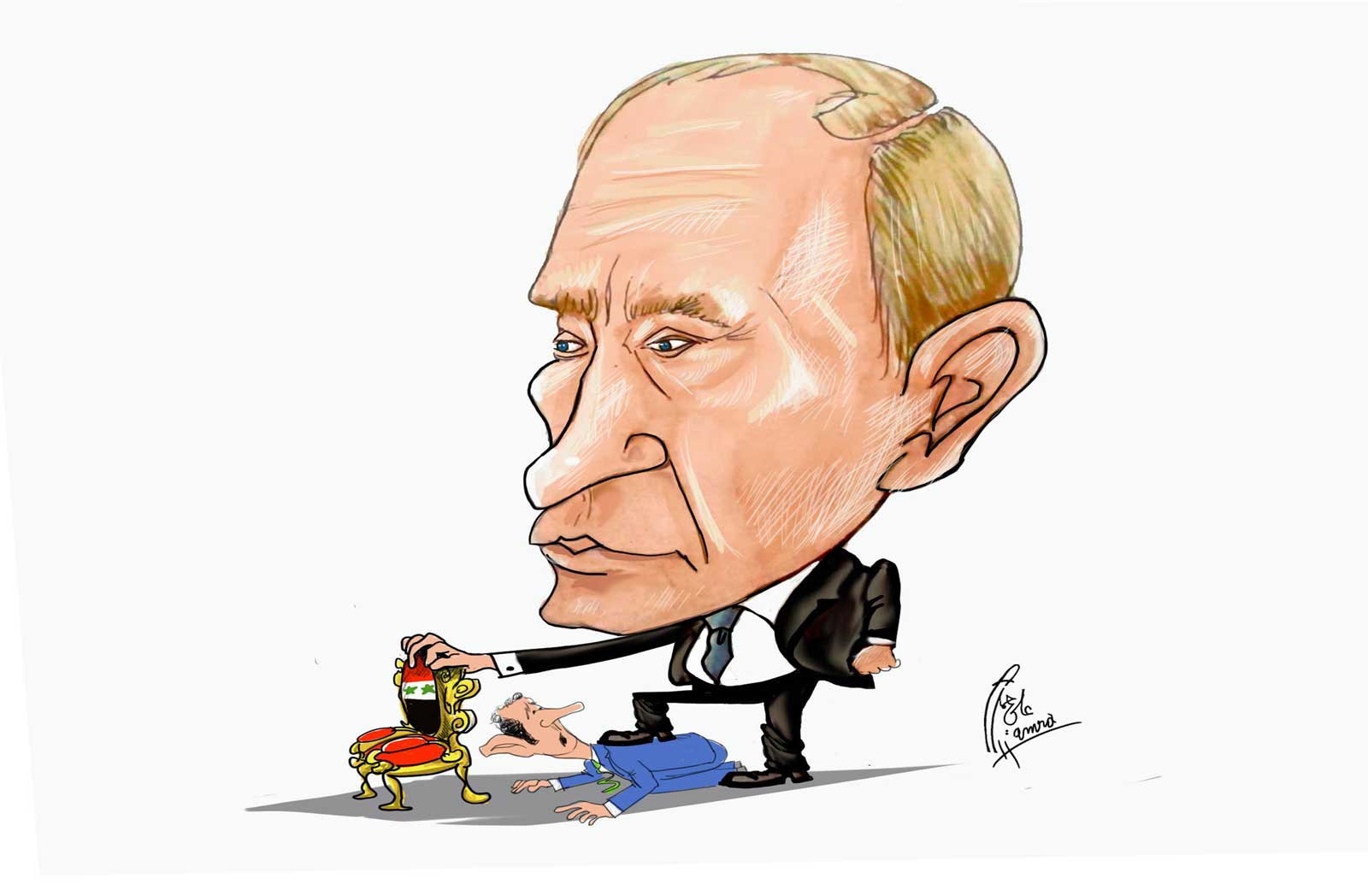 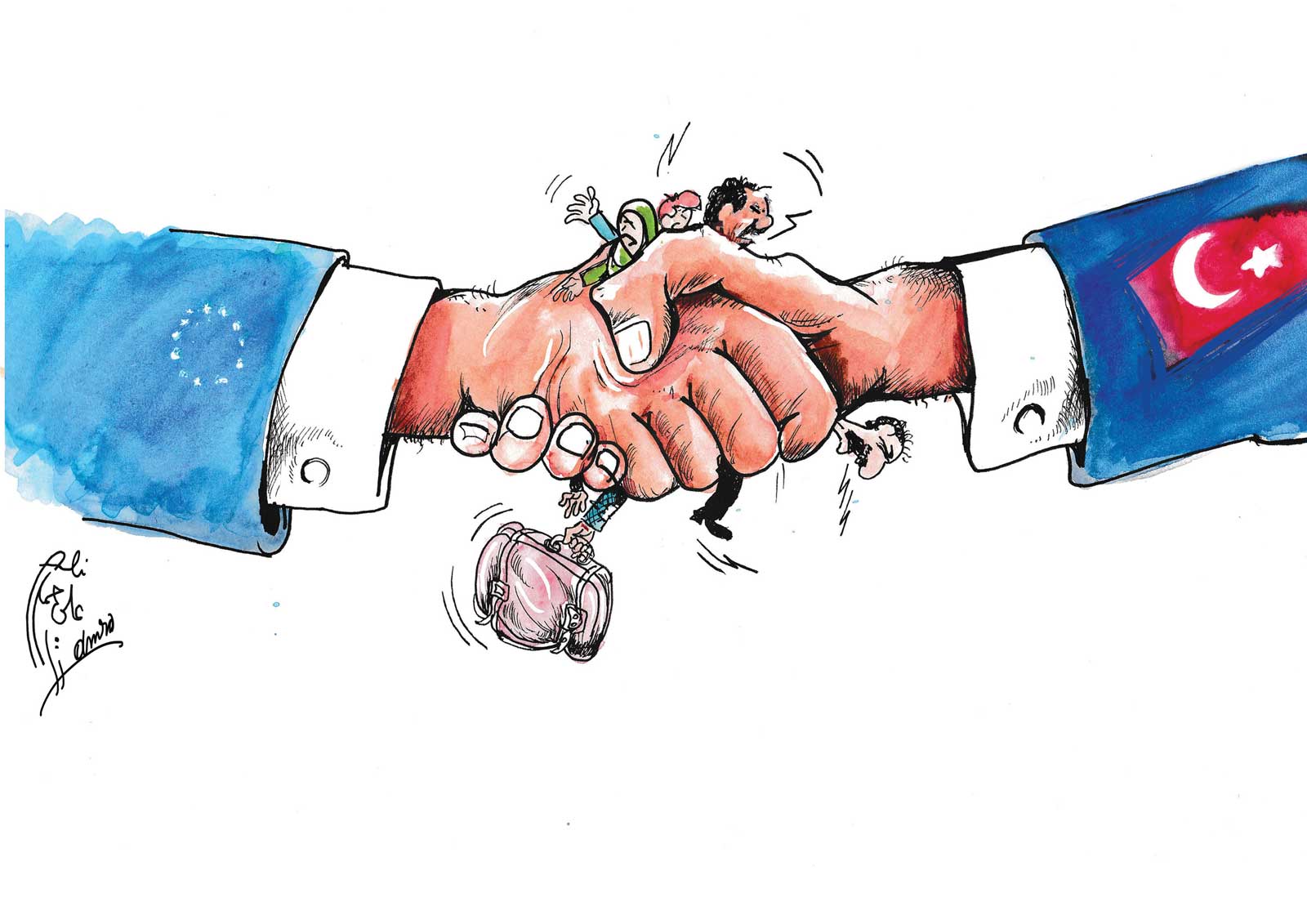 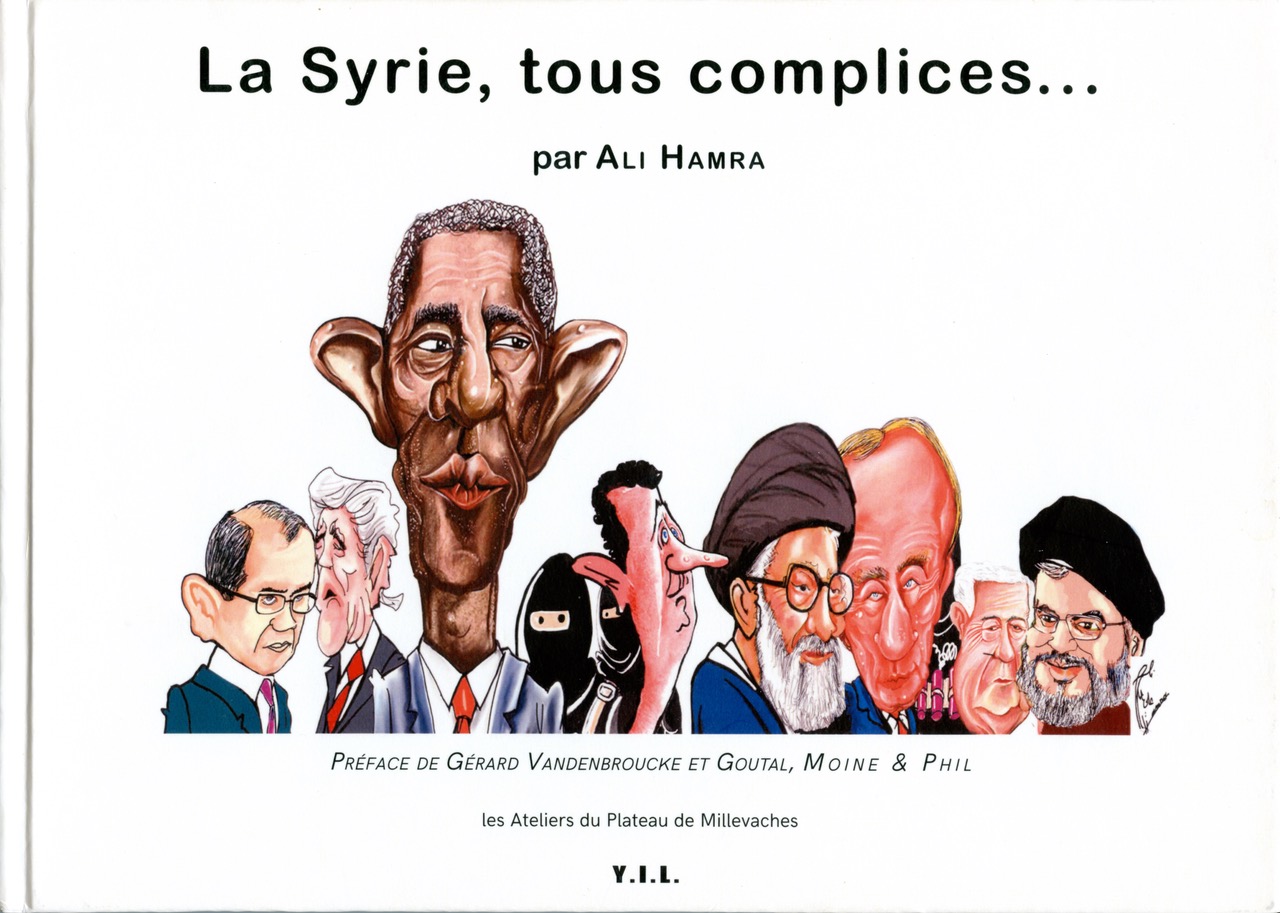