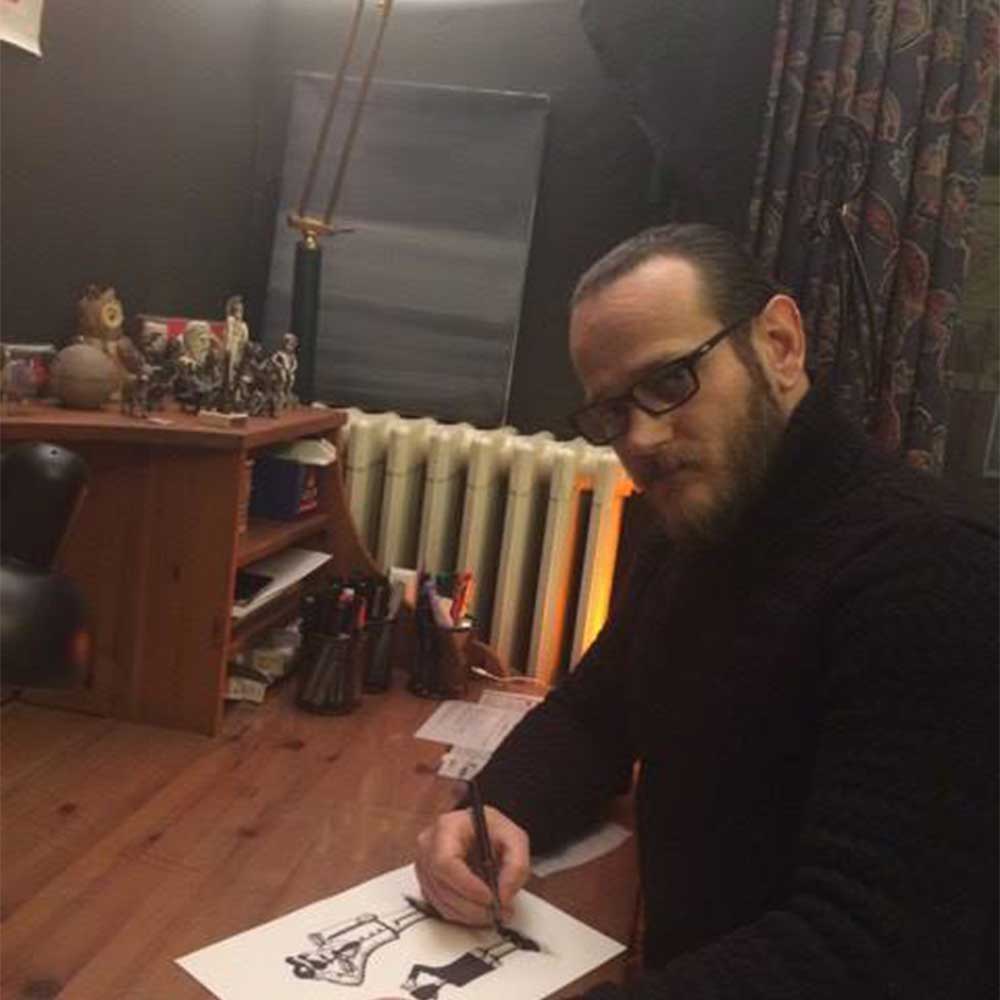 Hossam al Saadi (Kuwait, 1978) lives in Brussels. He started drawing when he was ten years old. At the age of fifteen, he won the first place in a drawing contest for schoolboys in Sweida, Syria. He was asked to stop drawing by the school principal after he drew a caricature for a Palestinian cause. As his drawings were not be- ing published, he opened an internet café that he named Arcada in order to make a living. This café became a haven for youngsters who opposed the Syrian regime. One day, the pro-regime Shabiha, supported by the security forces, attacked the café and tried to smash it to pieces. This prompted the mayor and the Secretary-General of the Ba’ath Party in Sweida to issue an order to close down the café. As such, it was shut down and sealed. Hossam Al Saadi had to leave the country for Lebanon, not an ideal place for anti-Assad activists. Once again he had to flee. From Amman in Jordan he went to Istanbul to escape by crossing the sea as a refugee. He reached Belgium, where he now lives. There he managed to return to his old hobby of drawing and looks forward to returning to an Assad-free Syria. 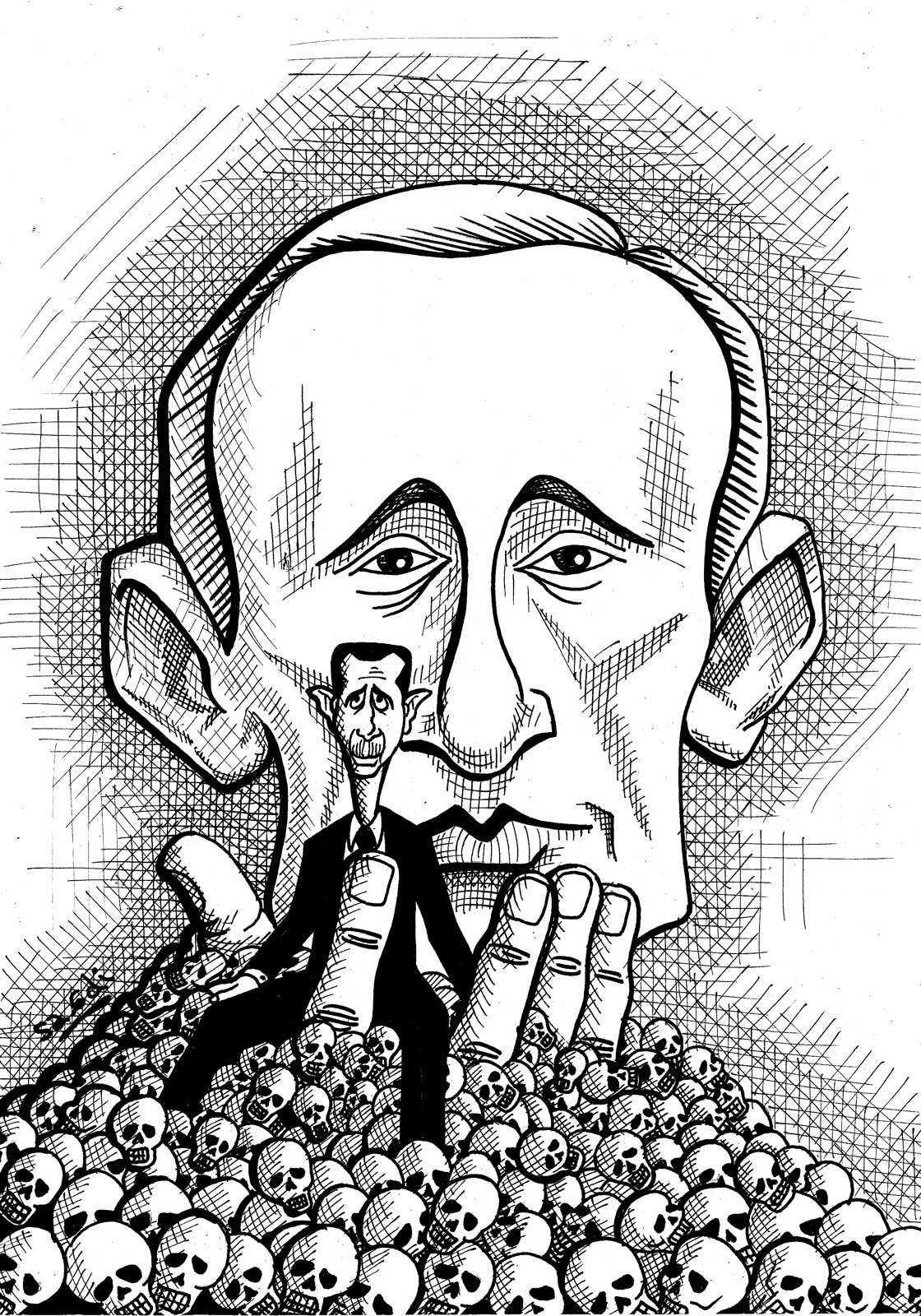 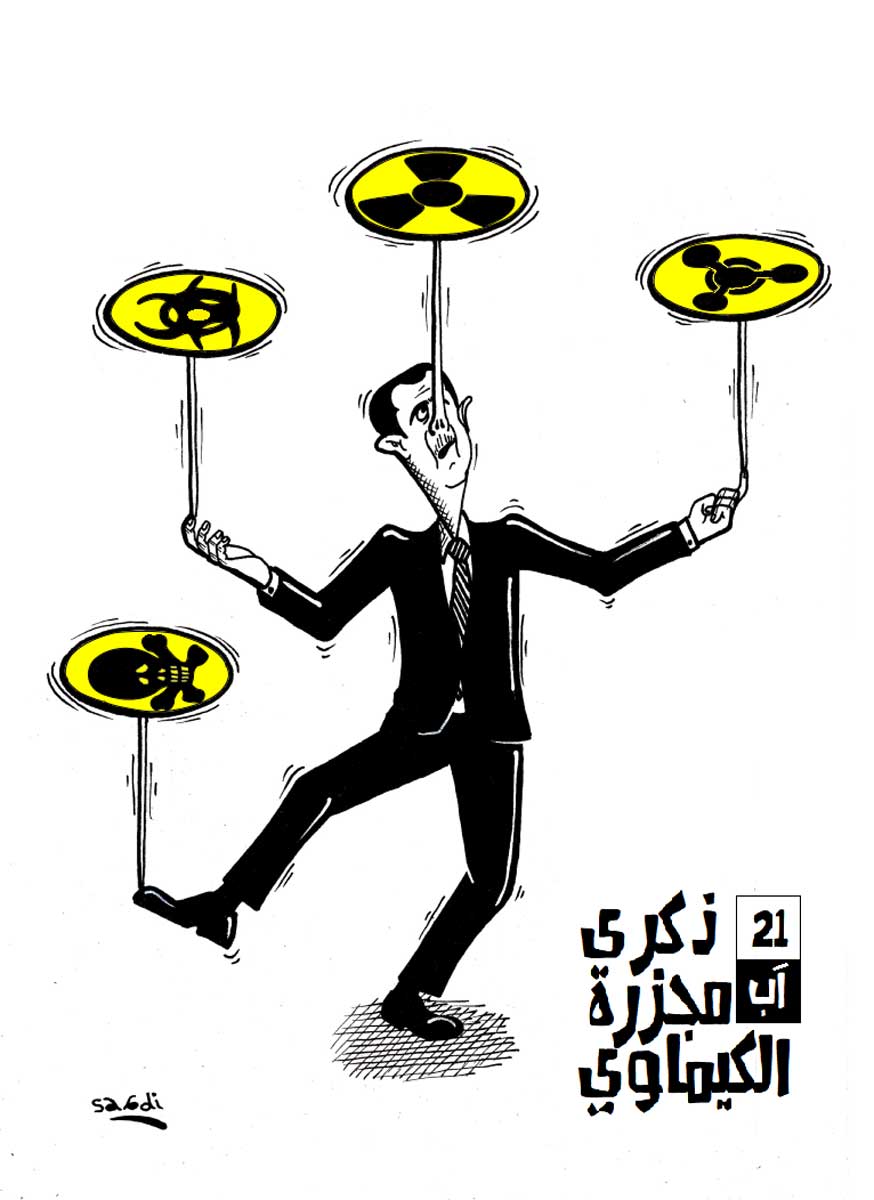 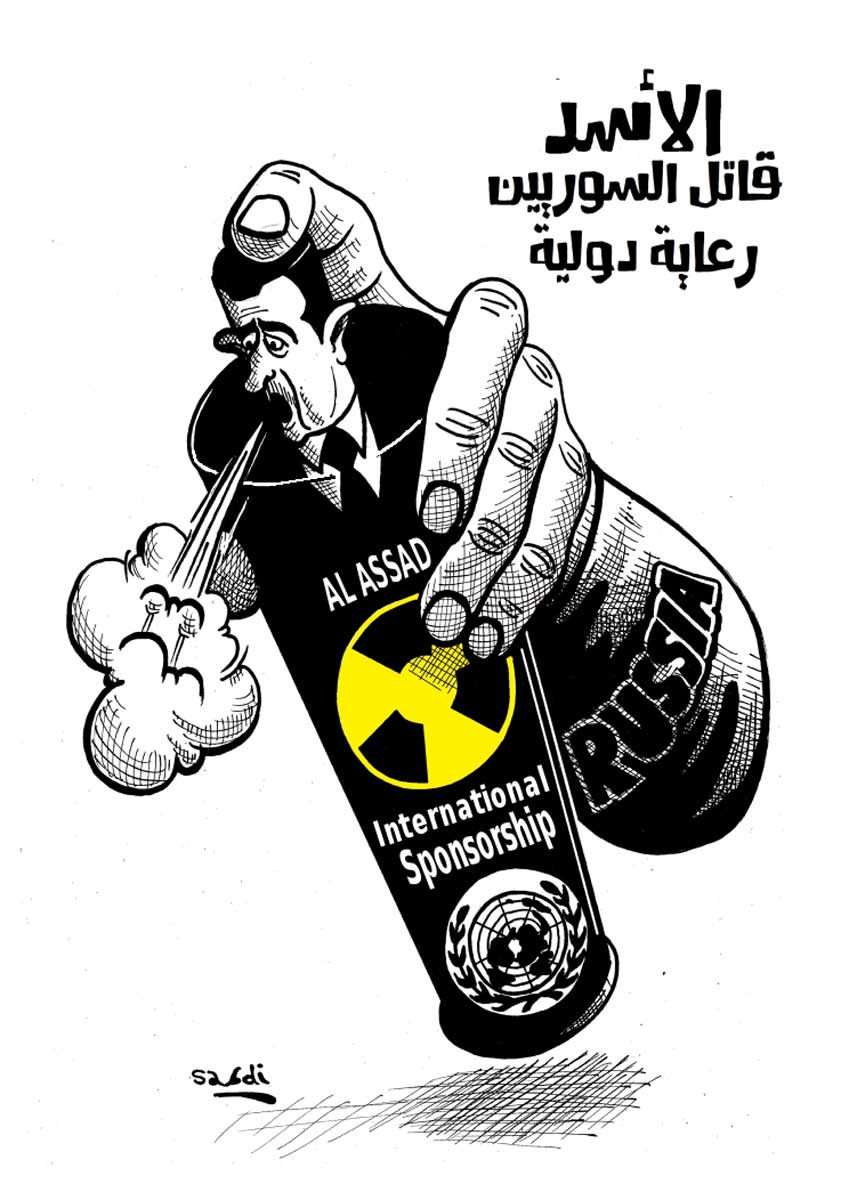