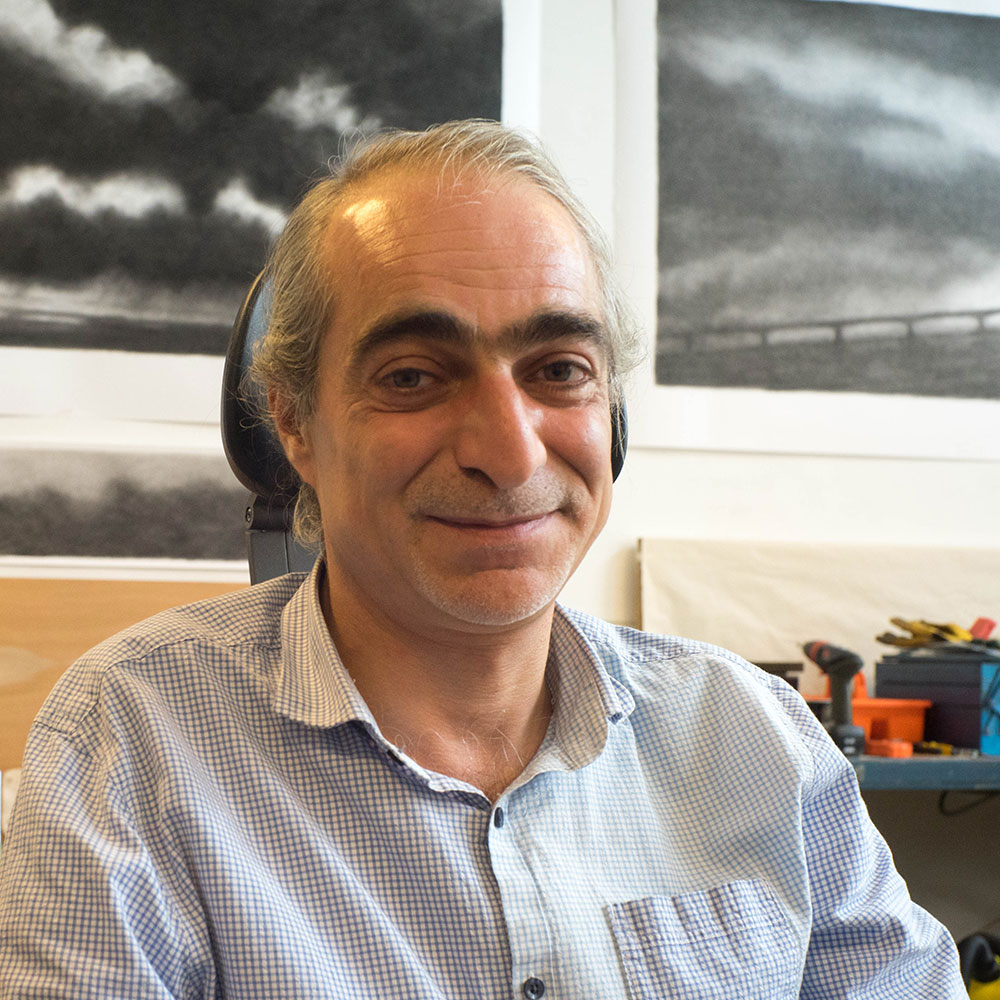 (Aleppo, 1968) lives in Grijpskerke, the Netherlands. As a young child he was affected by polio, forcing him to use a wheelchair ever since. He became a goldsmith and cartoonist. His raw, critical drawings were rejected by most Syrian publishers, but printed in newspapers in surrounding countries and shown in national and international exhibitions. After the bombing of his house in 2014 he and his family left Syria. In June 2017 an overview of his work was shown at an exhibition in Middelburg, the capital of Zeeland. 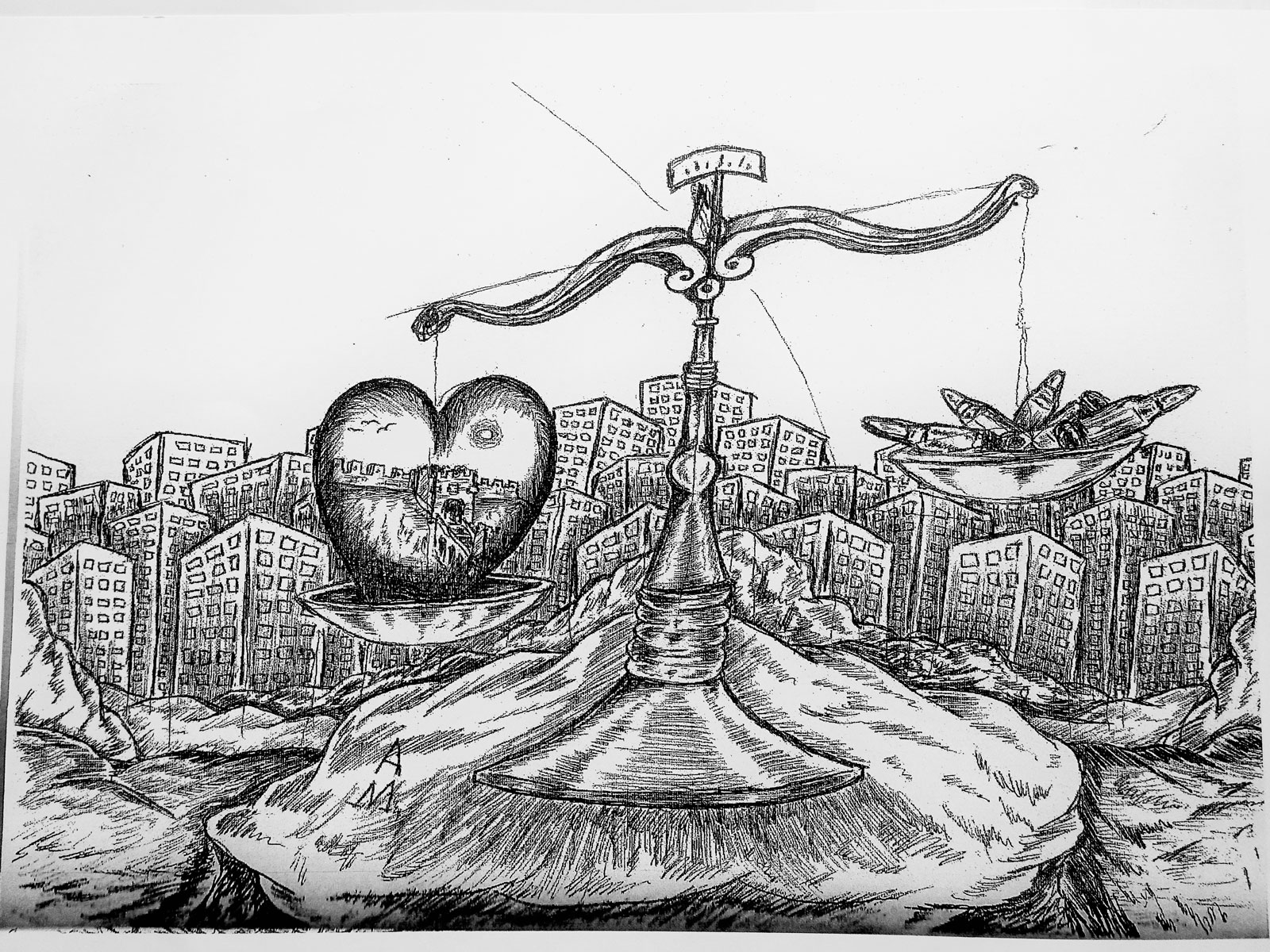 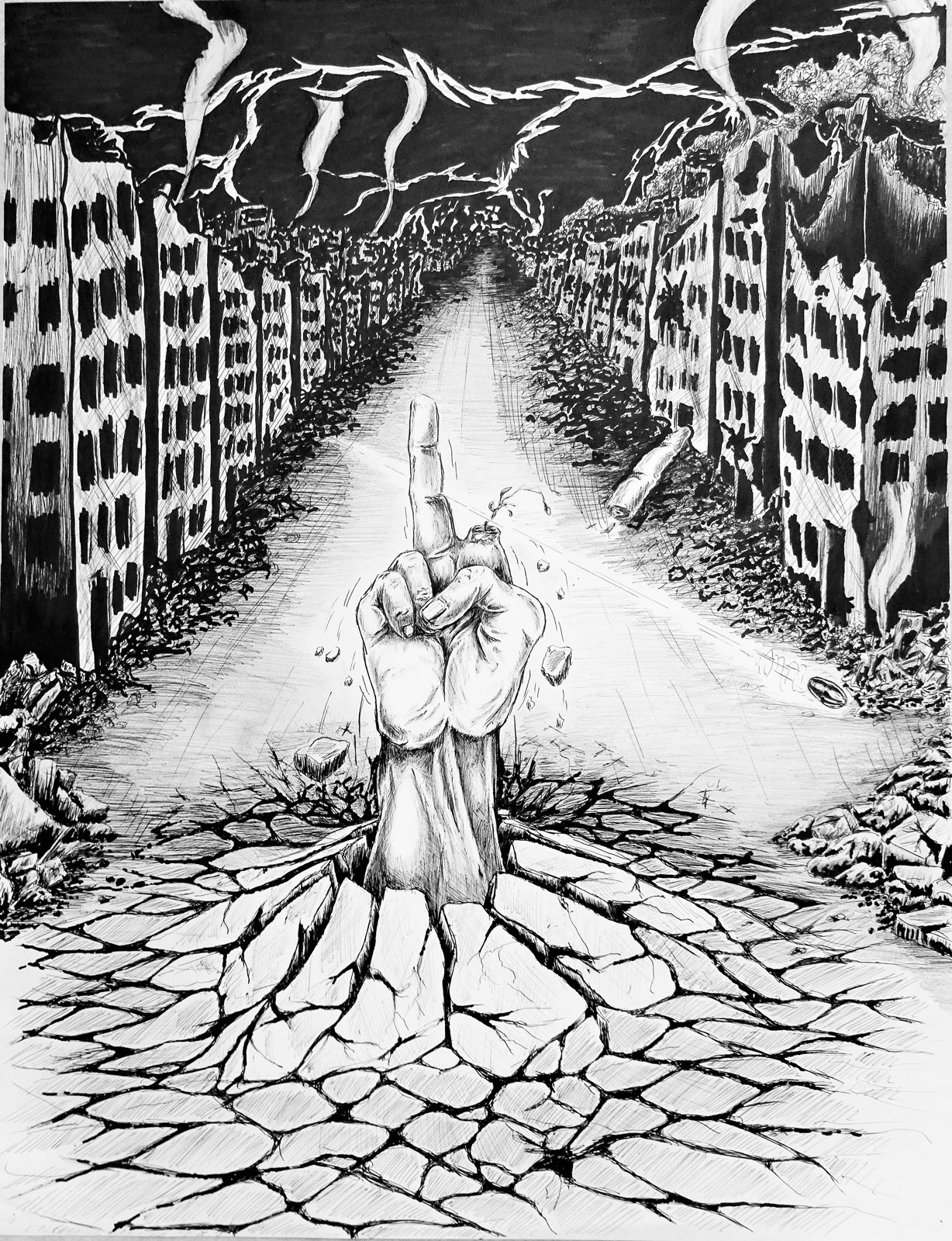 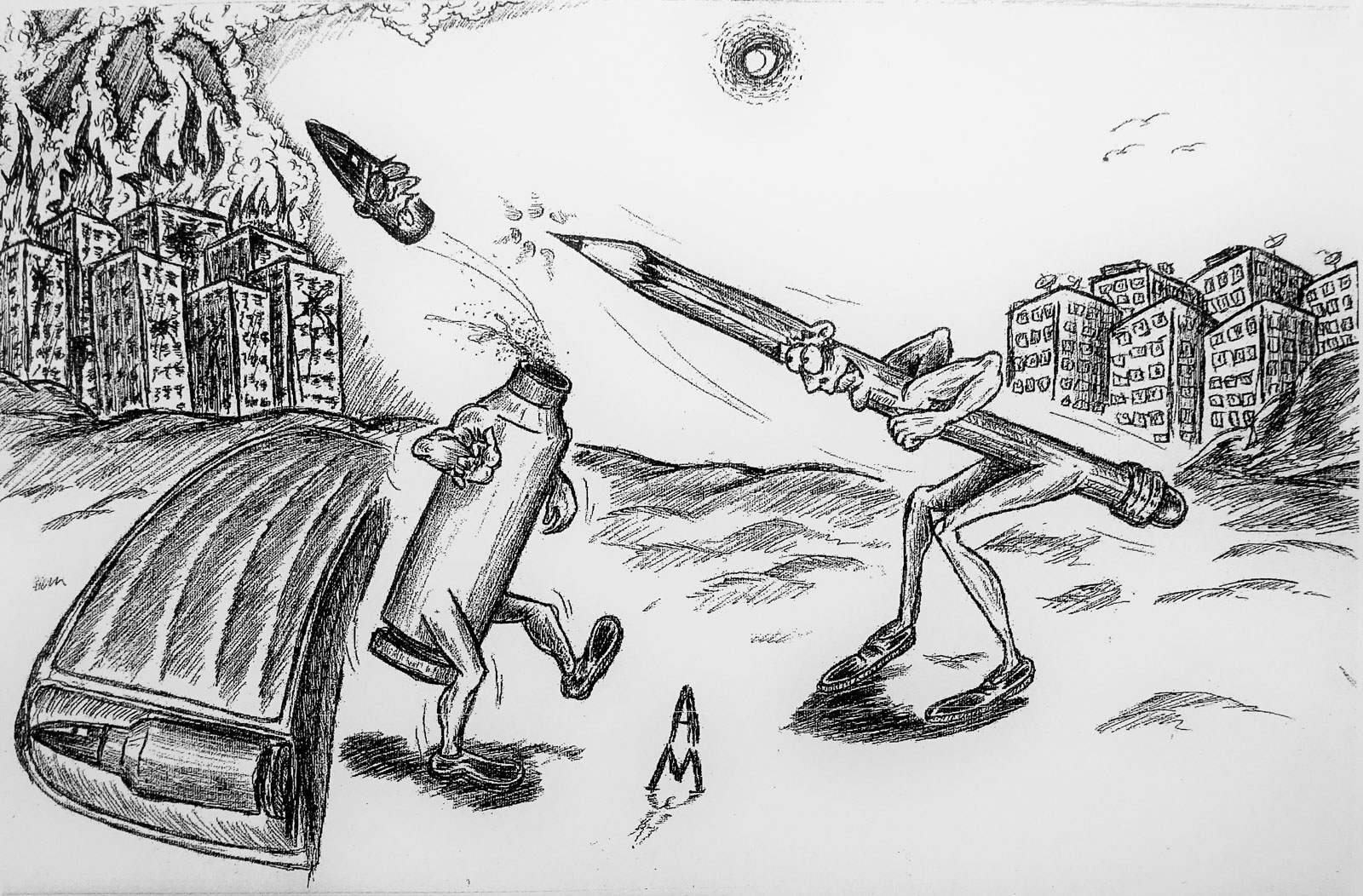 My pencil is my weapon