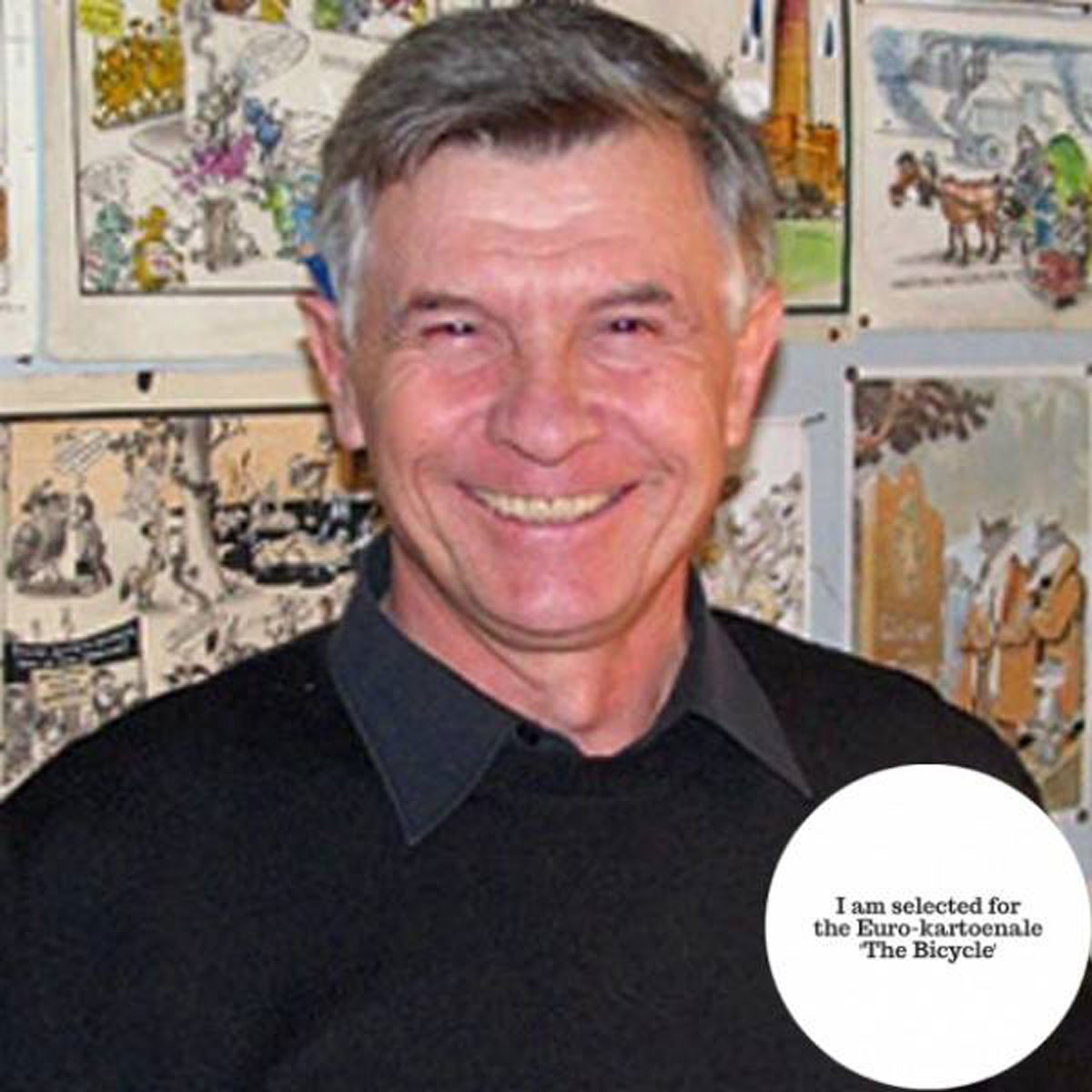 Valeriy  Chmyriov (1944). Art education received in childhood from its father-a professional artist of the designer.

Received higher education in economics. For 25 years had been working for bodies of Internal Affairs of Ukraine on Economic Crime Prevention. During the period from 1992 till 2009 worked in the banking sector of Ukraine, including the period since 2006 – as a Director of Financial Security Division for OJSC “Raiffeisen Bank Aval”.

Since 1967 have been publishing personal works in the Press of Ukraine, Russia and Latvia. Since 1978 have occupied a position of painter-caricaturist for the “Pepper” (Перец) magazine. From February 2021, the editor-in-chief of the magazine “Pepper”.